Dear members and friends of the ICCROM community, 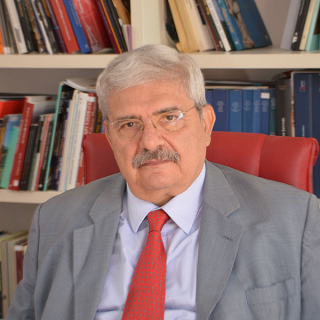 It is particularly challenging in these times to find words of encouragement for the conservation world. News arrives day after day from Syria, news of ongoing destruction of millennial monuments – glorious remnants of past civilizations – or of the brutal killings of scholars, such as Khaled al-Asaad, who dedicate their lives to caring for this heritage.

This has been another difficult year for the Arab region, with attacks on cultural heritage in Syria and Iraq, in Yemen and Libya, and in Tunisia with the assault at the Bardo Museum. At the same time, all around the world, living heritage is disappearing from cities and rural areas emptied out by conflicts, war and poverty, feeding an exodus of migrants and refugees that we see on television every day, together with the accompanying tragedies, the reactions of fear, selfishness, racism.

And yet, in this scenario of foreboding, many European cities have witnessed an unexpected and growing movement of solidarity, going beyond even the hopes of its inspirers from both religious and secular worlds, and opening up societies at first reluctant to welcome these people on the move.

ICCROM has long proposed and implemented programmes in collaboration with generous partners to help people struggling to preserve their cultural heritage, as a means of clinging to and preserving their own identity even when difficult circumstances force them to emigrate. It is precisely then that cultural heritage, both of the countries of origin and of the lands of refuge, can and must become the common ground for sharing knowledge and mutual respect. Heritage can help overcome the unavoidable difficulties of living together, and it can foster diversity.

This is the truest meaning – or at least the one that most appeals to us – of the term World Heritage. ICCROM was born from the need to study and preserve heritage in its physical nature, but we have learned that it is equally important to preserve its spirit. In today’s world, in the memory of those who have left, of the children born far from home, this spirit can be tended, and the desire of host nations to know the spirit of these foreign cultures can also be cultivated. For this spirit is stronger than any destruction; it is the only spirit which justifies and makes the reconstruction of destroyed heritage a necessity.

We believe these ideas should be shared by a growing number of people and an even greater number of governments, so that their policies might be so inspired and enriched. For this reason we think that the increase in ICCROM’s Member States is a significant sign of progress (a difficult word to use after the twentieth century). The Russian Federation has brought into our community its many peoples with their rich and diverse heritage, and other nations are considering adhesion. There is no lack of difficulties, nor will there be in the future for a small organization like ours, yet our ambition is large and our dreams are immense. And the mounting debt that the present is incurring with the future obliges us to believe firmly that these dreams can be achieved.