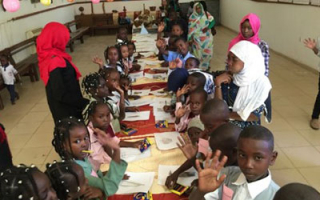 As part of the “Community Museums of Western Sudan” conservation and rehabilitation project for museums in Omdurman, El Obeid and Nyala, ICCROM has conducted a series of workshops entitled “Enhancing the Social and Cultural Role of Community Museums.”

The project “Community Museums of Western Sudan” is funded by the British Council's Cultural Protection Fund, in partnership with the Department for Digital, Culture, Media and Sport, United Kingdom. Project partners include the National Corporation for Antiquities and Museums in Sudan (NCAM), the Centre for Heritage Studies, McDonald Institute for Archaeological Research, University of Cambridge, and Mallinson Architects.

The workshops took place on 17 – 26 November 2018.  They involved outreach and engagement with the wide spectrum of groups interested in the museums’ collections, its physical content and non-physical associations. Folklore art bands, local artists, traditional artisans, poets and community organizations that support community museums were actively engaged, as they deservedly represent Sudanese living heritage. The project team also held meetings with officials and representatives from relevant Sudanese government institutions, including the Minister of State for Culture and Tourism, Dr Sumaya Aaked, and local governors and culture ministers who have pledged financial and logistical support. 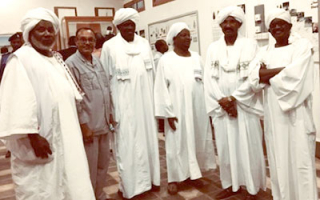 The first workshop was held in the city of El-Obeid in the state of North Kordofan, for the Sheikan Museum. The museum team worked with the project team to organize an exhibition for traditional crafts such as pottery and local gastronomy, and arts including dancing, singing and painting.  Tribal chiefs, the Friends of the Museum group and other interested members of the university staff participated. The event helped redefine the museum as a platform for local heritage expression, as a source of pride for the community, and as a place to build communication and consensus between the diverse segments of the community. In return, the museum received a collection of historic swords and coins dating back to the battle of Sheikan, which is a day of pride in Sudanese history, as a donation from a number of community members. The project team discussed the museum’s development plan and proposed addition of a community and cultural centre building to the museum complex, as well as the design of an environmental park on land donated to the museum by the state governor as an extension. 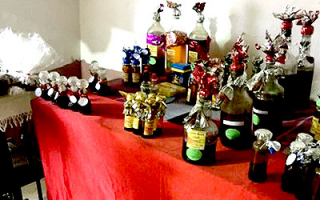 The second workshop took place in the city of Nyala.  The museum team, again in tandem with the project team, organized comparable exhibitions to accompany the museum’s reopening celebration, after 10 years of closure due to the Darfur crisis. This reopening followed the completion of maintenance works, co-funded by ICCROM-Sharjah and the Prince Claus Fund, and the efforts of the museum’s team to preserve and exhibit the collection following the Conservation Management workshops provided in October 2018.

The third workshop took place in the Khalifa House museum in Omdurman, Khartoum.  The museum team invited a diverse spectrum of Omdurman residents to a gathering where they presented the oral history associated with the museum building and collection, along with the proposed revitalization plan.

The workshop activities were accompanied by discussions with decision-making authorities in the three states, along with opinion questionnaires collected from participating community representatives. Meetings were held with Sudanese engineers responsible for supervising the conservation works.  Topics included to the technical terms and conditions for the Khalifa House and Mudheira Gate, the maintenance of modern structures such as Bramble House and the exhibition halls in Sheikan and Nyala museums, and how to deal with the new additions including the community and cultural centre in the Sheikan museum. 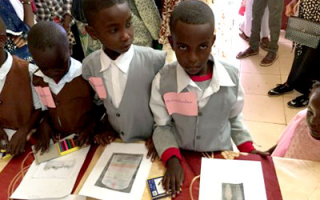 The project team will follow up with questionnaires and video recordings to record intangible associations that will serve for developing museological scenarios after the renovation works have been completed.

The British Council's £30m Cultural Protection Fund, in partnership with the Department for Digital, Culture, Media and Sport, is set up to protect cultural heritage at risk due to conflict in the Middle East and North Africa.