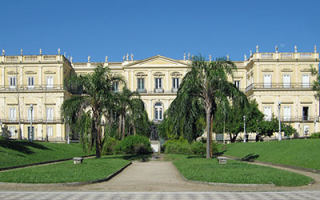 ICCROM wishes to express its solidarity and heartfelt sympathy with the Brazilian people and heritage authorities for the sad losses caused by the huge fire that ravaged the country’s 200-year-old National Museum last Sunday, in the city of Rio de Janeiro.  Around 90% of its invaluable collections, comprising 20 million items, are believed to have been destroyed. This calamitous event constitutes an inestimable loss to humanity, given the great significance of these collections in terms of their social, educational, historic, and scientific values.

Unfortunately, this tragedy is not an isolated event affecting our cultural heritage. Other important heritage assets have recently been severely affected by large fires in other parts of the world.  These include the Maritime Museum in Jakarta, Indonesia (January 2018); the Glasgow School of Art, United Kingdom (May 2014 and June 2018); and the National Museum of Natural History in Delhi, India (April 2016).

Fire is a major hazard affecting heritage collections around the world. Although it may seem a ‘rare event’ from a single institution’s perspective, large fires can become routine when considering the total heritage of a nation. Furthermore, their impact is typically catastrophic, causing total or almost total loss in the collections affected.

Quantitative risk analysis carried out by ICCROM and its partners in Canada, Latin America, and other parts of the world using the ABC method consistently show that fire is a top priority risk to be mitigated in heritage collections.

Aware of this major threat to cultural heritage, ICCROM strives to raise awareness and improve the capacity of its Member States to implement effective fire prevention and response policies and measures, through its Preventive Conservation, Risk Management, and First Aid to Cultural Heritage in Times of Crisis programmes.

Earlier this year, ICCROM and the Ibermuseus Programme launched the Portuguese and Spanish adaptations of A Guide to Risk Management of Cultural Heritage, originally published in English and Arabic by ICCROM and the Canadian Conservation Institute.

In order to make a meaningful change for the safeguarding of the world’s cultural heritage against fire, however, more still needs to be done. This includes reaching out to decision makers to create a fire risk culture, in close collaboration with heritage authorities, fire authorities, and local communities. ICCROM will continue to work towards this goal.

ICCROM is currently participating in a UNESCO-led assessment and guidance mission, within the framework of ICCROM’s flagship First Aid to Cultural Heritage in Times of Crisis initiative.