An interview with Dr Jukka Jokilehto 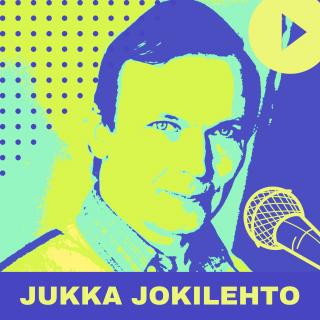 The renowned Finnish architect and urban planner is a leading mind in heritage conservation and theory. He sat down with ICCROM’s Rohit Jigyasu for a thought-provoking discussion revolving around the universal nature of conservation philosophy and how it relates to diverse cultural expressions.

Many will be familiar with Jokilehto and his distinguished career, whether through his published works, such as the influential A History of Architectural Conservation, or his contributions to World Heritage, including roles within ICOMOS and UNESCO. He was also a prominent figure at ICCROM, joining in 1972 to assist with the International Architectural Conservation Course and going on to serve as Course Director, sector chief for architectural conservation, and finally Deputy Director-General, before retiring in 1998. During those years, Jokilehto shared his knowledge and expertise with the thousands of people trained by ICCROM, and as an intellectual he continues to help shape heritage discourse and conservation practice.

The interview was recorded in September 2020 and is presented in two episodes.

Topics discussed in this episode include the relationship between nature and culture; the concept of cultural landscapes; authenticity and its essence; the value of traditional and cultural continuity; how the 2003 Convention for the Safeguarding of the Intangible Cultural Heritage complements the 1972 World Heritage Convention; and the importance of communication.

Topics discussed in this episode include a critique of World Heritage terms such as ‘universality’ and ‘uniqueness’; the importance of integrity in defining significance; heritage as knowledge; regional conservation principles and ICCROM’s influence on them; conservation theory as intangible heritage; and the value of international doctrines.