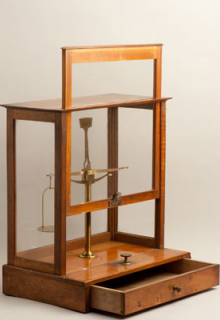 On 13 March, more than 200 Chilean heritage professionals attended a public lecture given by Gaël de Guichen on Los depósitos: lugar prioritario para animar los museos  (Storage – a priority location to enliven museums) at the Centro Nacional de Conservación y Restauración (CNCR) in Santiago, Chile. This event marked the launch of the Chilean national RE-ORG strategy, which will be fully implemented over 2017-2019. RE-ORG Chile is an initiative of Direction of Libraries, Archives and Museums (DIBAM) and CNCR.

From 13-17 March, seven conservators from CNCR and three collection managers from DIBAM participated in the RE-ORG mentor training workshop.  They learned the essentials of the RE-ORG method, along with communication and team-building skills. The workshop took place at the Museo de la Educación Gabriela Mistral where 2247 objects from the collection (including paintings, busts, didactic instruments, equipment and school furniture from the 1900s) were reorganized in three storage areas. The practical emphasis of the RE-ORG method boosts team confidence and strengthens organizational skills. The next project phase includes selecting the museums to participate in the national workshop and preparing the workshop programme and the mentoring strategy.

Before and after the national workshop, planned to take place in late 2018, each mentor will follow up with one of the participating museums to prepare its own RE-ORG project.

Chile is the fifth country (after Canada, Belgium, India and Nigeria) to develop a national strategy for a long term program for capacity building in storage reorganization, using the RE-ORG method developed by ICCROM.  This is in response to the ICCROM General Assembly’s recommendation of 2011 asking Member States to launch such strategies.