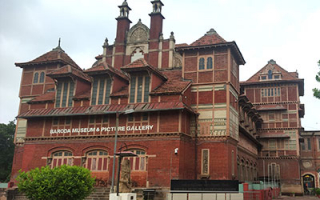 Indira Gandhi National Centre for the Arts (IGNCA) organized a two-week RE-ORG workshop (5-17 August 2019) for training mentors at Baroda Museum and Picture Gallery, Vadodara. The collection of Baroda Museum and Picture Gallery is varied and comprises of Paintings, Manuscripts, Textiles, and Archaeological objects, Basketry, Ethnographic Objects, Natural History Collection, Wooden and Musical Instruments. The museum has seven storage rooms in different places in the museum that were reorganized during the workshop.

Thirteen curators from different museums of Gujarat participated in this workshop. One Assistant Conservator from Chhatrapati Shivaji Maharaj Vastu Sangrahalaya, Mumbai (CSMVS) and one Project Associate from IGNCA Vadodara Regional Centre were also present. The name of the museums which were represented is as follows: 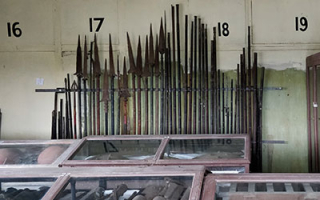 The workshop was laid by Gael de Guichen, ICCROM (Italy). The rest of the teaching team included four mentors from IGNCA as well as two mentors from France and Portugal (Florence Bertin and Aida Nunnes).

During the workshop participants were trained to be mentors so they can launch the RE-ORG programme in their own museums.  The seven storage rooms were RE-organized using the RE-ORG method developed by ICCROM, UNESCO and the collaboration of the CCI (Candian Conservation Institute). A guide for mentor was also prepared which can be used by mentors when they are running RE-ORG workshops.