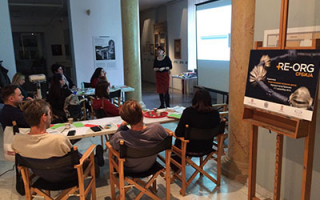 In the frame of a long-term national program RE-ORG Serbia, the first in the series of workshops is going to be organized in the National museum in Kraljevo (central Serbia), from 2-7 December 2019. The host museum will welcome 11 colleagues from 5 museums from the surrounding region, who will during 6 days learn how to reorganize a storage according to the RE-ORG method and apply that knowledge in reorganizing archaeological storage of the National museum in Kraljevo.

The first international RE-ORG workshop took place in the Railway museum in Belgrade in 2014, organized by ICCROM and the Central Institute for Conservation in Belgrade. The workshop, lead by Gaël De Guichen, hosted participants from Serbia, Bosnia and Herzegovina, Montenegro, Albania, Slovenia and Northern Macedonia. The regional alliance of ICOM for South East Europe (ICOM SEE) was also involved in organization of this workshop and together with ICCROM they continued their support for the RE-ORG program in following years, partly financing workshops in Skopje (Northern Macedonia), Zagreb (Croatia), Tirana (Albania) and most recently in Ljubljana (Slovenia). 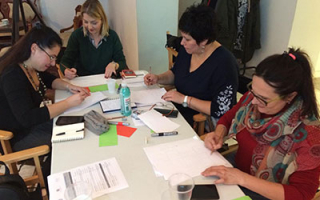 Five years after the first workshop in Belgrade, Central Institute for Conservation is starting a long-term national program for reorganizing museum storages using RE-ORG method in Serbia. The program started with the national survey with the idea to illustrate the actual condition of storage spaces in Serbian heritage institutions. The plan is to organize each year one workshop for the museums geographically close to the host museum, thus making the maximum impact, practically providing the training to the most of the museum community in Serbia. In the time between two workshops, the experts from the Central Institute for Conservation in Belgrade will help participating museums in their efforts to solve their storage problems.

The program is planned for 5 years, covering the nation wide territory, and is supported by the Ministry of Culture of the Republic of Serbia.