Sixty years of ICCROM in Italy 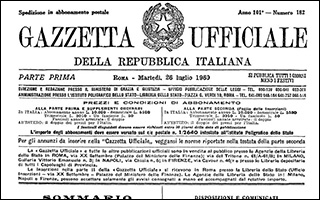 From 26 to 27 November, the ICCROM Council will convene online for its 94th session, to monitor the progress of ICCROM’s programme of activities and plan for coming months. The two-day event is taking place in a year that also marks 60th anniversary of Italy's accession to ICCROM, formally established through the ratification of the Headquarters Agreement by Law 11 June 1960 No. 723.

The creation of an international centre like ICCROM, designated to promote the preservation and restoration of cultural property, was done so in response to the urgent need expressed by UNESCO and the international community to have a central body that could provide countries with the guidance, expertise and support they needed to recover from the destruction of World War II.

The choice of Rome as the location for ICCROM was the result of the Italian government's successful commitment to enhance its leading institutions in the sector of cultural heritage conservation (such as the Istituto Centrale del Restauro), and to present them as ideal and qualified interlocutors. 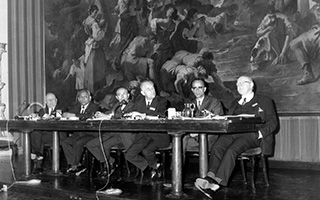 After UNESCO appointed Italy as the host country and the Headquarters Agreement was signed in Paris in 1957, its ratification by the Italian Parliament was the last missing piece. It was not until November 1958 that the debate resumed.

At that time, the Minister of Foreign Affairs Amintore Fanfani delivered a crucial speech to the Lower Chamber of the Parliament, strongly encouraging the ratification of the Headquarters Agreement to fully adhere to ICCROM and recognize its legal status: a year and a half later, his recommendation was fulfilled. 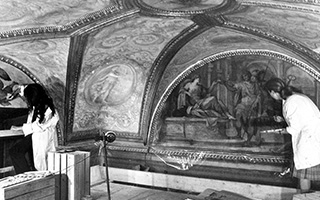 Sixty years have now passed since the Official Gazette announced Italy's accession to ICCROM, and a multitude of initiatives have benefited from the close collaboration between Italian institutions and the international centre: from the earliest Architectural and Mural Painting Conservation courses (ARC and MPC) to the more recent First Aid for Cultural Heritage in Times of Crisis (FAC), not to mention ICCROM’s efforts to help save Florence’s cultural heritage after the city was flooded in 1966, and lending the expertise of its staff and networks during the recent earthquakes in central Italy.

As the world now faces new challenges, from climate change to the current COVID-19 pandemic, ICCROM remains faithfully committed to its mission, eased in its activities by both the continued cooperation ensured by its Host Country and the suggestive settings that surround us in this land of culture and beauty.

Mirella Emiliozzi
Member of the Italian Chamber of Deputies,
Secretary of the Foreign Commission