Soft Power: Coming Together to Tackle… 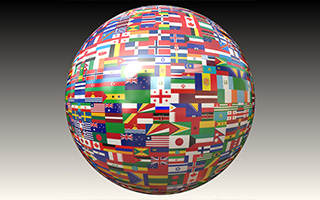 The Soft Power Club, an international association founded by former Minister of Culture of Italy, Francesco Rutelli, met in Venice for its first public event at the Giorgio Cini Foundation and the Prada Foundation from 31 August to 1 September. ICCROM had the privilege of participating both days,  at a side event on 31 August on climate change as well as the round table session the next day.

In his opening remarks, ICCROM Director-General Webber Ndoro affirmed, "the COVID emergency has posed critical challenges for human well-being. In this situation, international institutions have the critical role of facilitating collaboration and support for better preparedness and response to crisis situations, the importance of which we have widely understood during the current pandemic”.

The proceedings opened with greetings from the mayor of Venice Luigi Brugnaro, a video message from the EU Commissioner for Economy Paolo Gentiloni and a speech by Joseph S. Nye, who advocated the concept of Soft Power through his well known publication, Soft Power: the Means to Success in World Politics.

What do we mean by Soft Power? According to the idea proposed by Rutelli, it is an instrument for promoting the interests of nations through multilateral dialogue and collaboration. The role of global citizenship in the digital age is increasingly important; to ensure transparency, reduce inequalities and promote diversity and inclusion; and to promote openness and reduce conflicts through creativity and cultural industries.

The President of the Republic of Italy, Sergio Mattarella, sent a message to the opening session: "The organization of this conference by the Soft Power Club comes at a time when the international community is confronted with immense challenges. The pandemic we are facing has questioned the logic of closure, exclusion and competition between states. Logic that, far from addressing the problems, only risks reducing the space for collaboration between countries that is so essential for guaranteeing peace, sustainable development and growth. Faced with these changes, a reflection on Soft Power, for its ability to propose collaborative models through good examples and not force, is more than appropriate. It is a question of adopting a model through which democracies are able to respond to crises effectively and with determination, giving full respect to citizens' rights. This is what the European Union and its Member States have supported through courageous and innovative responses. These actions taken at European level to overcome the crisis are a useful demonstration of the results that can be achieved when the principles of solidarity and collaboration are expressed in concrete manner. Multilateralism remains the tool for building a path for sharing the destinies of the peoples of the world, sharing knowledge, cultures and values. This is a challenge to which Italy too will certainly be able to make its contribution.”

The Club has received patronage from renowned personalities from culture, the business world and institutions at an international level. The Mayor of Venice and Honorary President of the Club, Luigi Brugnaro underlined the establishment of the Club in Venice because of its universal characteristic as a place of meeting and exchange over the centuries, and as a recognised platform of international dialogue.