Alain Godonou made Director of Museums… 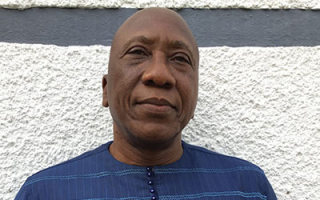 In September 2018, Alain Godonou, a long-time ICCROM collaborator, was appointed Director of the Museums Programme of the Agence Nationale de promotion des Patrimoines et du Tourisme (ANPT) of Benin. This position is attached to the Presidency of the Republic.

Alain is a former student of ICCROM’s PREMA programme on preventive conservation in African museums. In 2000, together with ICCROM, he established the School of African Heritage (Ecole du Patrimoine Africain – EPA) in Porto Novo Benin, which he headed until he moved to UNESCO in 2010. At UNESCO, he was Director of Cultural Programmes, and then Representative of UNESCO’s multi-country offices for Central Africa (based in Gabon), and later for the Pacific region (based in Samoa).

The ANPT pilots the major national projects including the International Museum of Memory and Slavery (the Musée International de la Mémoire et de l'Esclavage - MIME) in the former Portuguese Fort of Ouidah, and the Musée de l'épopée des Rois et des Amazones d'Abomey, which supports the development and valorisation of the Royal Palaces of Abomey classified World Heritage, a World Heritage Sites.

As per presidential decree, Alain Godonou is also the Vice-President of the "Museum and Heritage Cooperation Committee between Benin and France". The role of this committee is to study the conditions for the return of cultural property removed from the country during the colonial era.