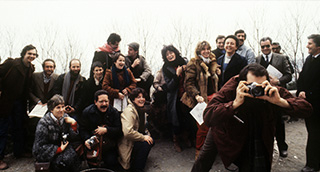 ICCROM has just been informed of the passing, on 11 March 2020, of the former ICCROM collaborator, Miss Ingrid Brock. She was born on 25 September 1933 in Bartenstein, East Prussia (Ostpreussen), at the time a northern German city assigned to Poland in the 1945 peace conference. Ingrid Brock studied architecture and urban planning in Germany, where she then resided. During the academic year of 1969-1970, she attended the ICCROM Course of Specialization in the Conservation of Monuments and Historical Sites (later renamed Architectural Conservation Course), organised jointly with the University of Rome (La Sapienza). During this course, she was introduced to the methodology of urban conservation applied in practice during field trips to the Medina of Testour in Tunisia and Korçula in Dalmatia. From November 1970 to June 1971, Ingrid Brock was assigned Assistant to this Course, during which the participants were involved in a five-week field project in the analysis of the historic city of Capua, near Naples.

Considering the time limits during the course, ICCROM had a further agreement with the Municipality of Capua to closely examine and synthesise the results in order to clarify the methodological and cultural aspects of the work. Together with Paolo Giuliani and Cristian Moisescu, Ingrid Brock was contracted for this second phase of study, which then resulted in the publication of: Il Centro Antico di Capua, Metodi di analisi per la pianificazione architettornico-urbanistico (‘The Ancient Centre of Capua; methods of analysis for architectural and urban planning’; Marsilio Editori, Padova, 1973). 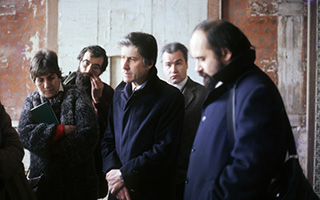 Later in Germany, Ingrid Brock was mainly involved in research and teaching and she also collaborated with the Arbeitskreis für Theorie und Lehre der Denkmalpflege, in Bamberg. She also continued keeping in contact with ICCROM. Her publications included research on the development of urban conservation policies in Italy and in Germany. She wrote about the old town of Korçula that she had already studied during the 1970s course, as well as about the problems caused by earthquakes in Umbria, and the destruction and reconstruction of the built heritage in Danzig and in Bosnia-Herzegovina.

In the 1970s, when Ingrid Brock was introduced to conservation policies, ICCROM was in close contact with the European developments in Integrated Urban Conservation, which were more specifically announced during the 1975 Council of Europe Architectural Heritage Year. In this context, the study of the historic town of Capua can be seen as one of the earliest published studies based on this methodology. Ingrid Brock also benefited from the many contacts ICCROM had established in the conservation of the built heritage, which she was able to take as the basis for her later research and publications.