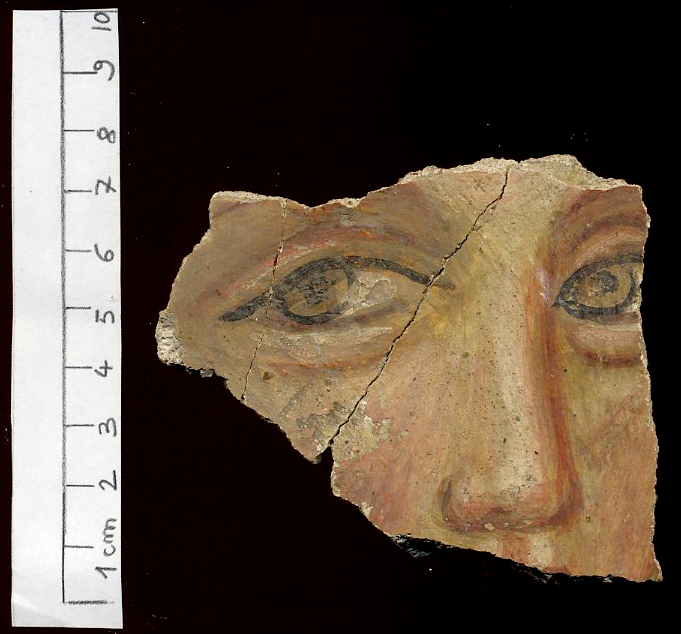 The 13th-century, Gothic-style Church of Eremitani in the northern Italian city of Padua was decorated with frescoes by the greatest Renaissance artists in the region, most notably Andrea Mantegna. The frescoes, painted between 1448-1457 and depicting scenes from the lives of Saints James and Christopher, were Mantegna's first major commission.

When the war ended, restoration began. In 1946, the thousands of tiny fragments were collected and sent to the Italian Central Institute for Restoration (Istituto Centrale per il Restauro, ICR).

Cesare Brandi and Paolo Mora carried out exemplary work restoring one of Mantegna's paintings, “St. James Led to His Execution.” They repositioned the fragments on a canvas printed with a black-and-white photo of the painting (thankfully, the photographers Fratelli Alinari took a photo of the mural a few years before the war.) Some lacunas were covered using the tratteggio technique, which was developed and refined in that period.

The ICR returned the restored panels to Padua, along with boxes of remaining fragments – which, in the 1990s, became part of the Anastilosi project, aimed at virtually reconstructing the entire pictorial cycle.

In 1968, a couple hundred of the Eremitani fragments were used to demonstrate the fresco execution technique during the International Mural Painting Conservation course, jointly organized by us and the ICR, our neighbours at our previous headquarters location on via Cavour. When we moved to our current location on via di San Michele, we brought the fragments with us, together with the Mora Samples Collection, for their didactic character and use for the annual Mural Painting courses.

A new restoration project dedicated to restoring the Overtari Chapel, launched in 2005, brought the Giantomassi restorers to ICCROM. They wanted to see if they could fit any of the fragments into their restoration puzzle. They identified one fragment as a part of the painting of Saint Christopher, attributed to Nicolò Pizzolo. The samples were catalogued and documented photographically before being returned to the ICR in 2008 and sent to Padua to be repositioned on-site.

The image illustrates three attached fragments belonging to the church's lower floor that depict a face. Records, including photographs, about the fragments are available in the ICCROM Archives.