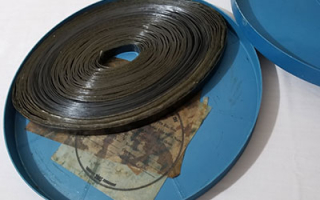 Through a unique capacity building initiative, ICCROM in partnership with the National Archive of Vietnam will safeguard an endangered but highly significant audiovisual collection, which records Vietnam’s independence and its evolution as a sovereign state.

Recorded sound and images have captured our world, our lives and our imagination. They bring knowledge, enjoyment and inspiration to us. Rapid advancements in social media and information technologies have made it easier to share and use sound and image content. Yet contrary to common perception, not all content is readily usable. Technological obsolescence has made it imperative that content trapped in older formats is digitized but the time available for mass digitization is getting shorter day by day.

The two-week field project on Sustaining Sound and Image Heritage will combine
hands-on training of 17 professionals and preparation of a preservation plan for the audiovisual collection of the Center III of the National Archive. During the field project, a self-help video on how to store, document, prioritize as well as digitally preserve endangered sound and image records will be prepared, which will be disseminated widely through ICCROM and its partners.

The field project is being organized as part of ICCROM’s SOIMA-Sound and Image Collections Conservation programme, which was initiated in 2006.

Knowledge on sound and image preservation and access is fragmented, trapped in separate
areas of expertise, thereby presenting a common challenge to content collectors and users.

SOIMA exists to build a network for knowledge exchange, and to allow professionals who work on separate media types to cooperate with collectors and users in developing solutions for long-term preservation and creative use of sound and image heritage.

SOIMA has held seven international courses, in eight countries. The SOIMA network today spans 126 diverse institutions, and consists of over 137 professionals from 63 countries.