Rescuing heritage in a disaster - #…

Rescuing heritage in a disaster - #CultureCannotWait

The latest edition of ICCROM’s flagship First Aid to Cultural Heritage (FAC) course has kicked off in Brabant, Netherlands.  The course, held on 6 – 24 August 2018, will train 24 heritage and first response professionals from 23 countries to be “cultural first aiders,” skilled at the protection of cultural heritage in emergency situations.

Course modules will address topics such as prevention, safe evacuation, stabilization and protection of cultural heritage at risk.  Participants will further learn about damage and risk assessment, setting priorities, crisis communications, and negotiating with local authorities during salvage and emergency stabilization of objects and historic structures.  These cultural first aiders will then return home to share the training further, aiming at a multiplier effect. The goal is to ensure that the affected communities are fully involved in the recovery of their own heritage.

This course edition, part of ICCROM’s multi-partner First Aid to Cultural Heritage initiative, is organized by ICCROM in collaboration with partners the Prince Claus Fund, the Smithsonian Cultural Heritage Initiative, and the Netherlands Commission for UNESCO.

“Integrating cultural heritage into broader disaster response systems has many benefits – for the sustainability  of society, in building resilience for the future, and in helping communities that have faced trauma,” commented ICCROM’s Director-General, Webber Ndoro, on course opening. “This is why ICCROM emphasizes the role of heritage in the greater emergency agenda, including first response.”

The course will culminate in a disaster simulation given on 22 August, comprising a fictitious fire event at an ethnographic museum.  The new cultural first aiders will test their skills, attempting to safeguard irreplaceable museum collections while negotiating for access with fire fighters still battling the blaze.  The event will engage wide media coverage to raise public awareness and spur interest about the importance of heritage protection and recovery.

First Aid to Cultural Heritage in Times of Crisis course has begun in Brabant, Netherlands. Why? Because #CultureCannotWait. Proud to be doing this w/our partners @princeclausfund @UNESCO_NL @SmithsonianCRI. For more about our flagship programme: https://t.co/uAnJZC1SLZ #FAC2018 pic.twitter.com/WMN1x0FiCt

The FAC course is part of ICCROM’s programme on Disaster-Resilient Heritage, aiming at effective risk management of cultural heritage through a two-track programme.  While FAC focuses on facilitating efficient local responses to protect heritage during complex emergencies, the other track aims to enhance national capacities for prevention and disaster risk mitigation. The goal is to work with Member States and partners to safeguard humanity’s heritage, promote peace and build resilience. 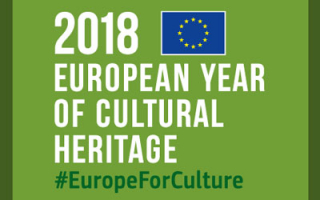 This course and disaster simulation also fall within the 2018 European Year for Cultural Heritage’s seventh initiative, “Heritage at Risk.” The initiative supports all risk management actions, including training, that protect heritage against crisis factors including fires, floods, seismic events, armed conflict and illicit traffic, both in the European sphere and globally.  The Year’s ninth initiative, “All for Heritage,” underlines the importance of public awareness, outreach and communication campaigns on the value and meaning of cultural heritage, while also raising the profile of European cultural cooperation.  ICCROM is part of the Year’s Stakeholder Committee and supports all its initiatives.

Since 2010, ICCROM’s FAC courses have been given internationally, regionally and nationally.  The first FAC course was held in Rome, Italy, given by ICCROM in cooperation with the Italian culture ministry MIBACT, UNESCO, and Blue Shield.  Subsequent international courses have been given in Amsterdam and Washington DC, while special courses related to crisis events have been held in Egypt, Haiti, Iraq, Mali, Myanmar, Nepal, and Ukraine, amongst other countries.

The Prince Claus Fund supports, connects and celebrates artists and cultural practitioners where cultural expression is under pressure, primarily in Latin America, Africa, Asia, the Caribbean and Eastern Europe. Through its Cultural Emergency Response programme, the Prince Claus Fund provides quick help to evacuate, stabilize or rescue cultural heritage that is under threat due to conflict situations or natural disasters.  https://princeclausfund.org