Locked in obsolete formats and threatened by degradation and decay, nearly every sound and image collection faces the imminent threat of extinction. As a result, the world stands to lose a wealth of knowledge and information – a wealth that binds communities together and is crucial for conserving our natural and cultural diversity.

Is it possible to prevent this loss?

ICCROM and the Royal Institute for Cultural Heritage (KIK-IRPA) in Belgium joined forces to address this issue by hosting an international conference on Unlocking Sound and Image Heritage. The initiative was supported by 15 national and international cultural institutions involved in audio-visual heritage, and attended by over 150 creators, collectors, cultural heritage practitioners, policy makers, innovators and business leaders from over 40 countries.

Today’s knowledge on the preservation and access of audio-visual heritage is fragmented, often trapped in separate areas of expertise. ICCROM’s Sound Image Collections Conservation programme (SOIMA) has been actively engaged in developing a response to this global challenge. This international conference called for the fostering of cross-disciplinary collaboration and knowledge exchange, to ensure that sound and image heritage is available in the future.

The first conference of its kind, SOIMA 2015: Unlocking Sound and Image Heritage broke ground by bringing together a mixed group of creators, collectors, preservationists and users, who outlined their vision of what the field of sound and image heritage should be like 10 years from now.

To turn this vision into a reality, the attendees came up with strategies that included forging public-private partnerships, developing open access platforms, and breaking institutional and professional boundaries to encourage greater exchange of knowledge. 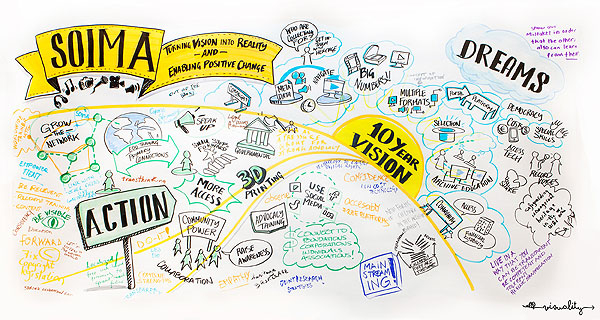 SOIMA’s 2015 conference highlights included a keynote performance by Mshai Mwangola, a performance scholar, storyteller, orator and TEDX speaker; a talk on an innovative cost-benefit calculator for digital preservation by Chris Lacinak, founder and president of AudioVisual Preservation Solutions; and a debate on open access vs. rights management moderated by Howard Besser, founding director of the NYU Moving Image Archiving and Preservation Program (“MIAP“).

Participants of this event also had the opportunity to attended a concert and talk on eco-acoustic complexities of the still-intact equatorial forests by David Monacchi, sound artist, researcher and eco-acoustic composer. Monacchi’s multidisciplinary project “Fragments of Extinction,” documents the world’s last remaining areas of undisturbed primary equatorial rainforest.

The conference concluded with an inspiring talk by Daudi Were, the founder and CEO of Ushahidi, a crowdsourcing app with over 6.9 million users. Were’s talk was followed by a video concert, Timbila Tracks by Matchume Zango and Walter Verdin, in which they proposed a way to preserve and update a disappearing traditional musical culture of Mozambique.

The conference has been the culmination of nearly a decade of ground breaking research training activities held all over the world. What became evident is the necessity for ICCROM to continue its work and encourage professionals to network and proactively seek solutions for access and preservation of this precious, but fragile heritage.

ICCROM’s ATHAR Regional Conservation Centre played a prominent role in this initiative by highlighting the importance of strengthening activities in the Arab region. While several initiatives have taken place in the past in the region, there is an ever-growing need to influence policies at all levels and create a community-based and holistic framework for effective sound and image preservation. As a result, a training programme is envisaged to take place in 2016. This will benefit those institutions with those audiovisual holdings which represent the collective memory and heritage of the Arab region.

The conference was preceded by a week-long international workshop on Sustaining Sound and Image Heritage, held 27 August – 2 September 2015. It was organized at the Flemish Interface Centre for Cultural Heritage (FARO) and other locations in Brussels. The workshop was tailored to address the challenges of collecting, preserving, and using (and reusing) sound, still, and moving image content within the broader context of rapidly-changing technology and shrinking resources. 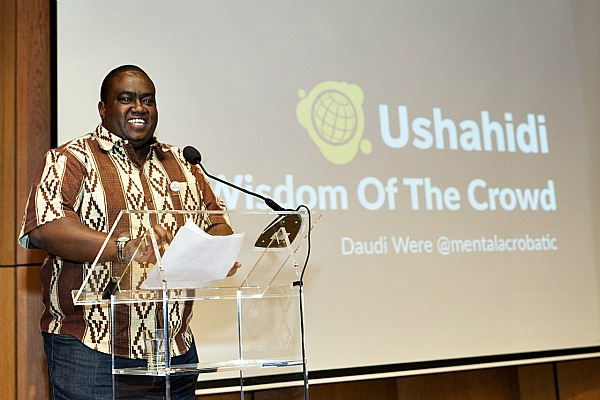